Environmental and Human Disaster in the Kasai River

Since the beginning of August 2021, the riparian communities in the Kasai River Basin, along the Tshikapa and Kasaï Rivers, have been experiencing an unprecedented environmental and human disaster, due to water pollution from mining activities in the headwater catchments located in Angola. The mining schemes identified in these areas include the Luo, Camatchia-Camagico and Catoca diamond mining in the Angola part of the Kasaï River Basin. 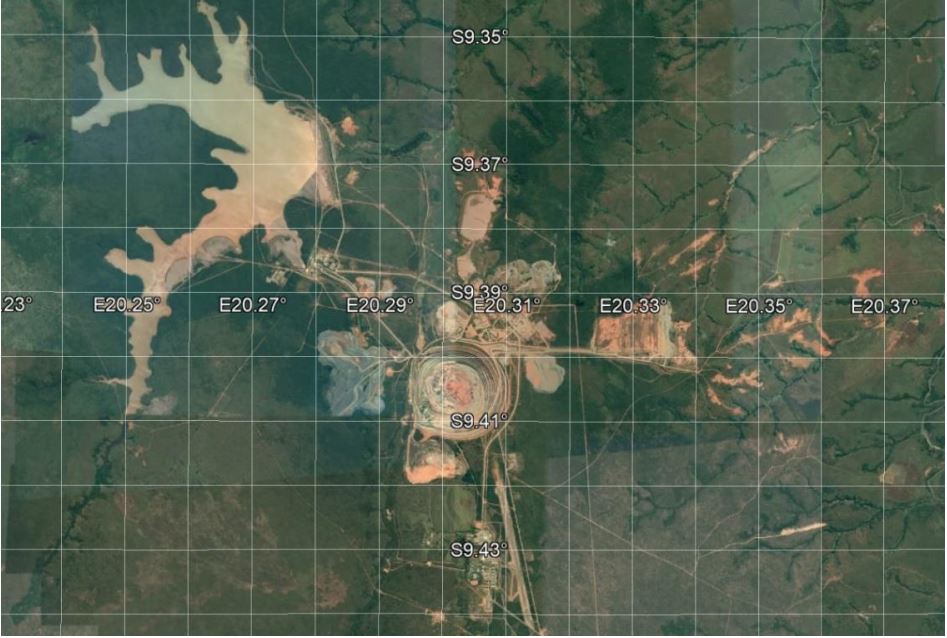 On the basis of the Sentinel images published by Visio Terra (Equipe Sentinel Vision, EVT-919, 2021) and our preliminary investigations from riparian communities, this pollution has been observed since 15 July 2021 from the source in the Angola part of the basin and would have taken 15 days to reach the city of Tshikapa, and 21 days for the city of Ilebo in the Democratic Republic of the Congo (DRC).

In addition, the information obtained from the Congo Basin Water Resources Research Centre (CRREBaC) flow monitoring station located along the Kasaï River at the city of Kutumuke in DRC, the pollution was observed at this point as of 12th August 2021.

The immediate consequences of this disaster recorded so far include water pollution, poisoning and loss of aquatic fauna and flora, waterborne diseases for riparian communities, disruption of fishing and navigation activities, and lack of access to domestic water and recreation services. 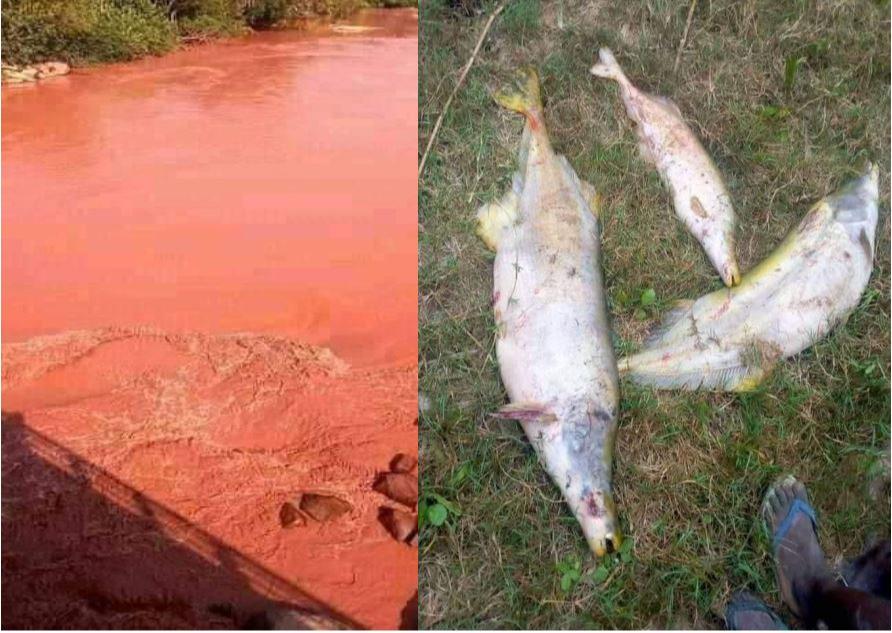 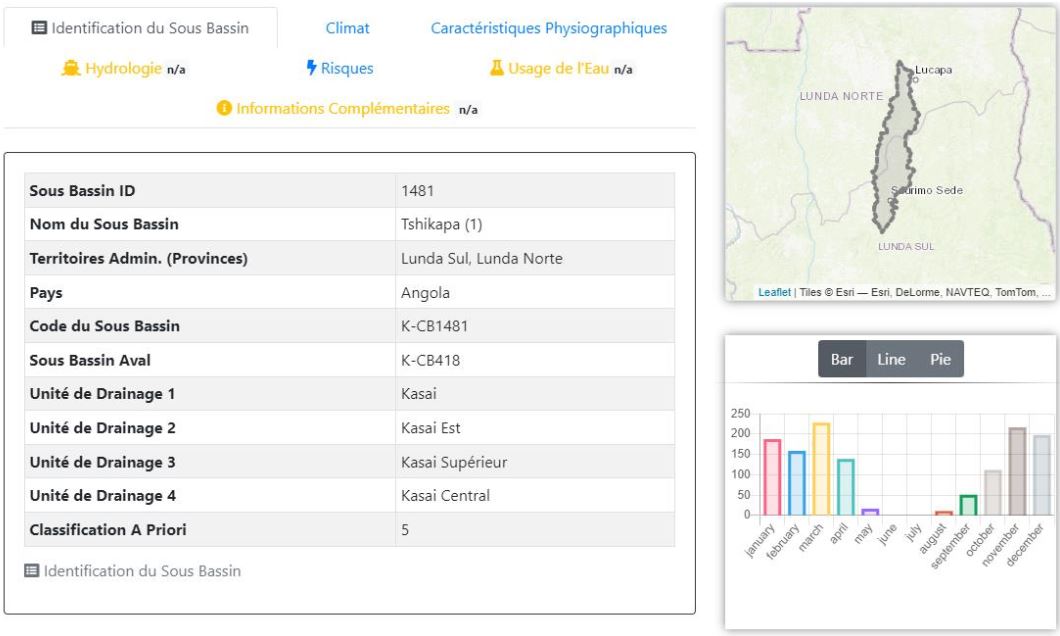 Over the past years, CRREBaC has put in place monitoring and planning tools, useful for integrated water resources management in the Congo Basin. One such tool is the CB-CIS, a knowledge-based interface that provides high quality information on the structure, processes and functions of water resources at the catchment scale, as well as impacts of change in the physical environment and society.

The figure below shows the source of pollution as identified in the CB-CIS, which refers to catchment ID 1481, located in the provinces of Lunda Norte and Lunda Sul in the Republic of Angola. 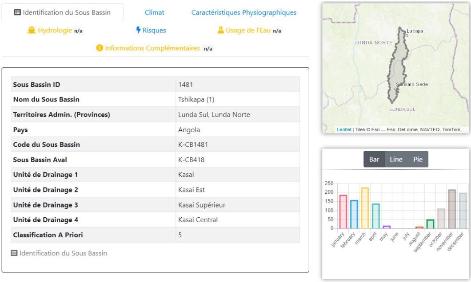 It was also possible to identify in CB-CIS the propagation of pollution for the downstream catchments, as presented in the figure and table below. Over two million (2,000,000) people are exposed to the risks of water pollution as identified from CB-CIS. 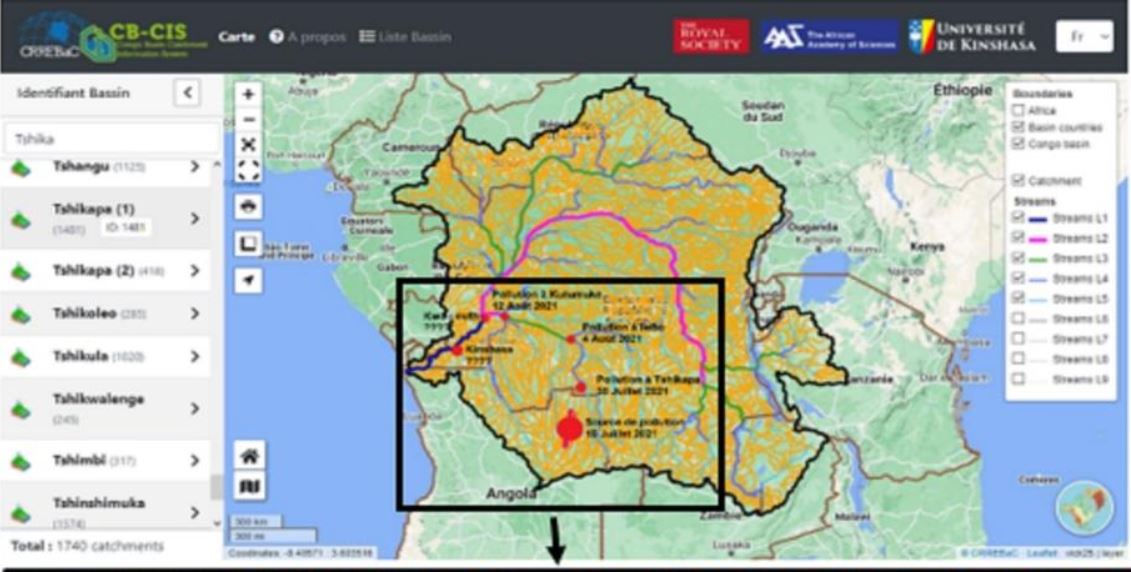 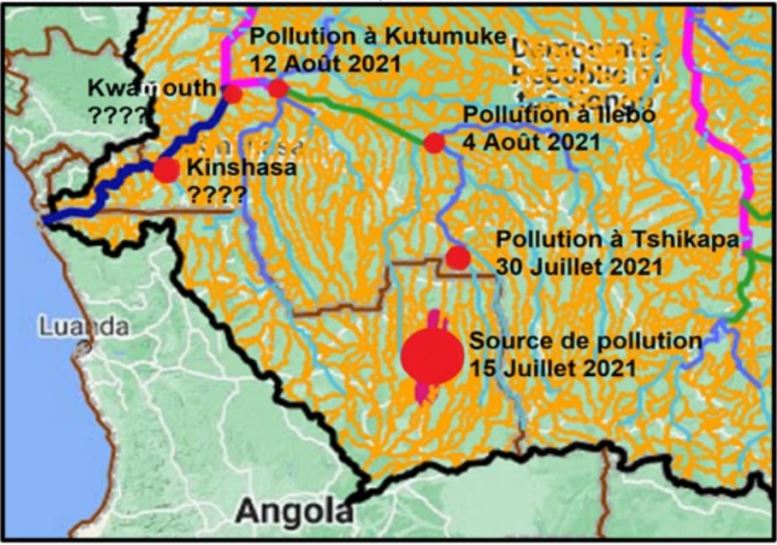 Since 2017, CRREBaC has been monitoring water flow (water quality and quantity) from its station along the Kasai River at the city of Kutmumuke, which automatically collects daily samples. This station implemented under the Royal-Society DFID funded research programme is the only complete station on the Kasai River that can be used to date to assess the situation before and after this tragedy. These measurements will need to be completed with other measurements upstream and downstream of the CRREBaC station, to assess the level of risk, and establish a response plan that will also support decision-making for sustainable water management in the Kasai River Basin. 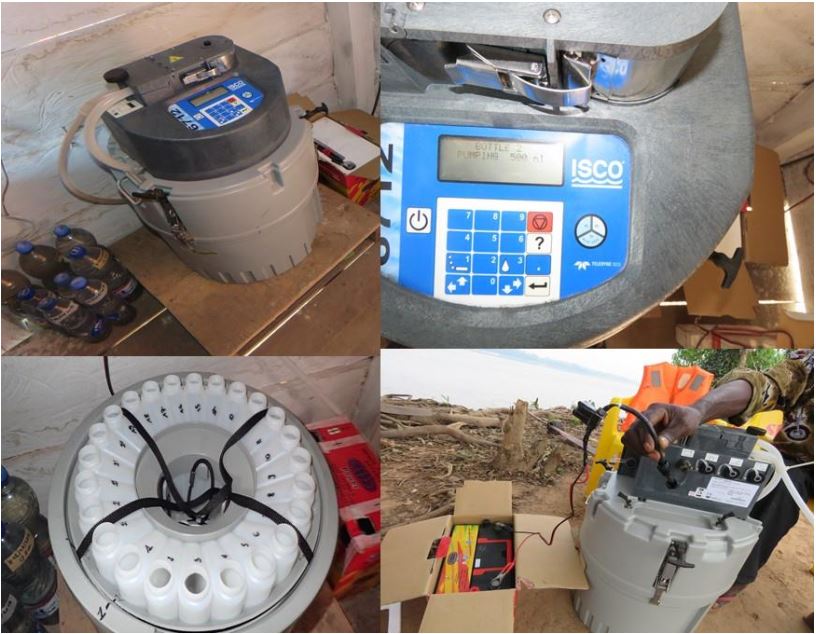 Urgent actions to be carried out

In view of the above, there is an urgent need for a monitoring strategy to assess the damage, and to propose mitigation and remediation measures. This includes the following actions: